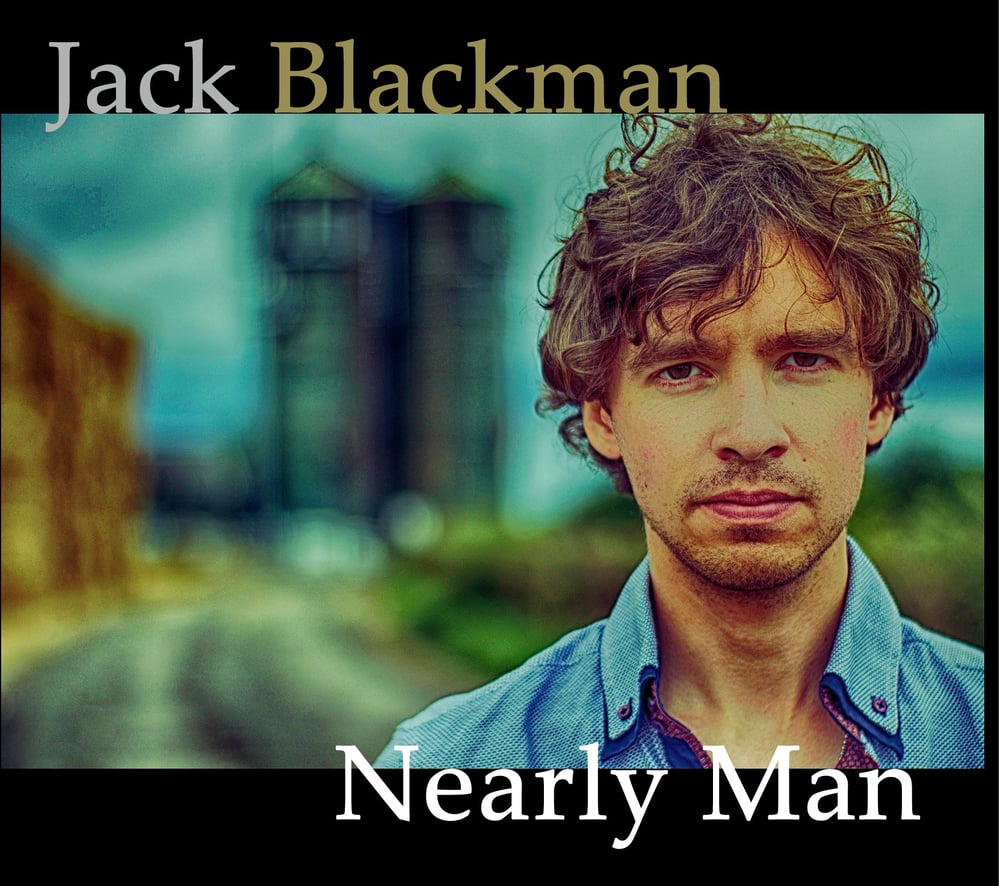 ‘Nearly Man’ is the 3rd full-length album by UK-based singer-songwriter and musician Jack Blackman. Featuring 11 brand new original compositions, including the title track, which has received airplay in its demo form on Bob Harris’ Radio 2 show, nestled between tracks by Alison Krauss and Jesse Malin, and prompting the legendary DJ to say, ‘exceptional guitarist, just great isn’t it’.

‘Nearly Man’ sees Jack utilising a different approach to the recording process than his eponymously titled second album and his debut, ‘River Town’. Playing the vast majority of instruments himself, Jack further hones his trademark fingerpicked guitar and charismatic vocals by making the most of the recording studio at his fingertips. With a range of inspired instrumental overdubs including banjo, mandolin, electric guitar, slide guitar, harmonica, and an array of exotic percussive instruments, the result is one man’s personal journey into the heart and soul of roots music and the human condition…‘It’s like I’m always searching I’m just not sure what to find’.

Jack’s musical career began in 2008 at the tender age of 14, when he was invited to perform with Paul Jones and the Blues Band. This began a lifelong love and commitment to blues and roots music, particularly the strange and primal sounds of the pre-war variety.
In 2012, Jack played a string of gigs in the Mississippi Delta, at venues including at the Hopson Commissary – once a sharecropper’s chapel, now a jukejoint – cumulating with a performance at Morgan Freeman’s Ground Zero Blues Club in Clarksdale. Many of the sights, sounds and smells of that trip seeped into Jack’s music and ultimately found their way into the ‘Nearly Man’ album.
Since then, Jack has performed hundreds of gigs at venues and festivals across the UK. He has supported and received accolades from many big names in his genre including Tony Joe White, Charlie Parr, who marvelled that he ‘just keeps getting better and better…it’s kinda scary’, and Martin Simpson, who declared, ‘at last! A brilliant young guitarist coming through!’

‘Nearly Man’ will be available on CD, LP and digital download from November 4th 2016. For more information contact –
jackbguitarist@googlemail.com
tueryrecords@gmail.com